Beginning in 2015 the Hanover Park Police Department wanted to recognize one sworn officer and one civilian employee for service above and beyond. A committee was formed and the end result became known as the Ahlstrand Award. This award is named after former Hanover Park Police Chief Carl Ahlstrand, who was tragically killed in the line of duty February 22, 1959. It was determined that any department employee is eligible to be selected, and nominations may be made by any employee.

Each year, (beginning in 2015), the Ahlstrand Award is presented to one sworn officer and one civilian employee who demonstrate exemplary work performance, dedication to the department, and professionalism during the prior year. The recipients of this award are selected by a committee utilizing a selection process. 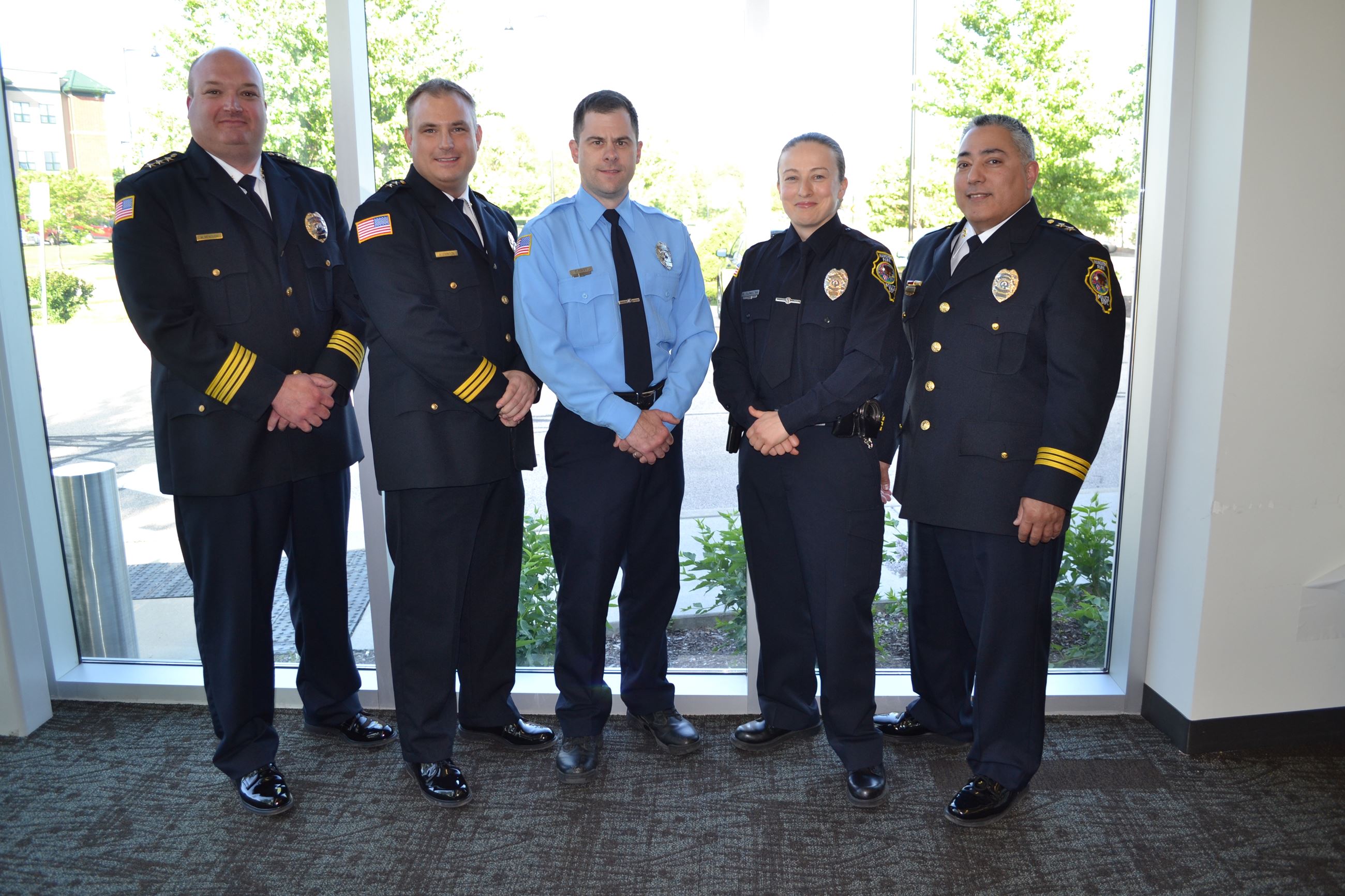 For the 2016 Civilian Employee of the year honor CEO Foley was recognized for his high work ethic, strong customer service skills both internally and externally as well as her positive attitude. CEO Foley is considered a team player and problem solver who maintains a calm, helpful, professional demeanor. CEO Foley is an asset to the Police Department and is consistently an outstanding employee.

The 2016 Sworn Officer of the Year received numerous nominations from department employees at multiple levels. In 2016 Detective Skonieczna closed a high number of cases that were assigned to her including getting charges on an individual that was responsible for multiple car burglaries. Detective Skonieczna was recognized for her motivation, dedication to excellence, teamwork skills, and consistent positive attitude. Congratulations to the 2016 Ahlstrand Award winners.