Hanover Park, Illinois is a suburban community located 30 miles northwest of Chicago. The Village has a population of 37,973 with a land area of over six square miles. The Village is located in both Cook and DuPage Counties.

Hanover Park is situated in the southwest portion of "The Golden Corridor," so-named because of its phenomenal rate of growth. This corridor stretches northwest from O’Hare Airport along the North-west Tollway (Interstate 90). As more and more major corporations choose to locate in the Golden Corridor, the halo effect from their presence attracts an increasing number of businesses, both large and small, wanting to locate in this thriving, modern center of commerce and industry.

Nearby are some of the finest recreational areas in Chicagoland, where opportunities for hunting, fishing, water sports and leisure activities of all kinds abound. The outstanding cultural and entertainment opportunities in Chicago are an hour away.

Hanover Park was incorporated as a Village in 1958 with a population of 305 and a land area of less than one square mile. All of the land within the original boundaries was in Cook County. Some 750 acres of farmland in DuPage County were annexed in 1969, and this area of the Village dominated Hanover Park’s population growth during the 1970’s.

The council/manager form of government was adopted in 1971. The Village is governed by a President/Mayor and six Trustees who are elected at-large. The Village Manager is hired by the President and Board of Trustees to oversee the day-to-day operations of the Village and its 182 full- time employees. Pursuant to the 1970 State of Illinois Constitution, Hanover Park is a Home Rule Community.

A $222,000 Salt Storage Dome was constructed next to the Public Works Facility in calendar year 2001. A new $7.24 million headquarter fire station was constructed and opened in 2006.

The Village of Hanover Park is served by 61 sworn full-time police officers and 24 full-time civilian personnel. The Village has a fleet of 17 squad cars and participates in DuPage Communication (DU-COMM), a regional DuPage County telecommunications and emergency dispatch system.

There are two fire stations located in Hanover Park staffed by 35 full-time firefighters and 20 part-time firefighters. The Insurance Services Office (ISO) granted a fire protection classification of Two (2). A total of 1,428 fire hydrants are located in the Village.

A total of 44 Public Works employees are dedicated to keeping the Village running smoothly and looking its best. Crews plant, trim and spray Village trees, repair curbs, gutters and sidewalks, plow over 99 miles of Village streets and repair potholes, provide water service, sewage treatment, and maintain over 202 miles of storm and sanitary sewers, and maintain the Village’s fleet of 149 vehicles.

Statistics regarding the water utility include:

The Hanover Park Park District provides recreation services to the residents and maintains 22 parks and playgrounds. The Park District occupies a total park area of 171 acres throughout the Village.

The Village is served by two library districts, Poplar Creek and Schaumburg Township, which provide two branch libraries in Cook and DuPage Counties. The combination of libraries provides a book circulation of 2,441,564 books and 111,013 audiovisual items. 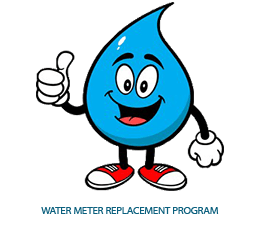